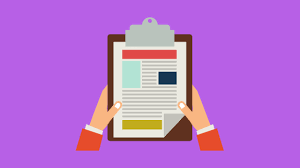 Today, PSCU – the nation’s premier payments credit union service organization (CUSO) – published the November edition of the PSCU Payments Index, the goal of which is to provide information and insights to help financial institutions make informed, strategic decisions on the road ahead.

With the holiday shopping season upon us, fears of a recession are top of mind as the U.S. economy continues to face high, albeit softening, inflation. In our November 2022 edition of the PSCU Payments Index, we present the first installment of our three-part Deep Dive on holiday spending as the season kicked off with the second Amazon Prime Day of the year in October.

In October, consumer purchasing growth for debit remained in the mid-single digits, as it has for most of the year, while credit card growth rates continued to outpace debit cards. Yet credit card growth began to show signs of softening, with October posting the lowest growth rates of 2022. Holiday spending appears to be off to a slow start, with fewer purchases in clothing and sporting goods showing shifts in consumer spending.

In the Labor Department’s Nov. 10 update, the Consumer Price Index (CPI) was up 0.4% for the month of October, bringing the 12-month rate of inflation to 7.7%. Increases in energy and food were largely offset by decreases in used vehicles, medical care, apparel and airline fares. The Federal Reserve increased interest rates by 0.75% for the fourth straight month on Nov. 2, with Chair Jerome Powell signaling additional increases to come when the Fed next meets over Dec. 13-14. Meanwhile, the Bureau of Labor Statistics (BLS) reported in its October 2022 jobs report that 261,000 jobs were added for the month – fewer than September (315,000 jobs) and the revised August data (292,000) – as the unemployment rate increased to 3.7% in October.

Even Thanksgiving dinner is expected to be more expensive this year, with costs predicted to be at least 13.5% higher for U.S. consumers compared to 2021 prices. USDA data shows that wholesale prices for 8- to 16-pound turkeys are up 28% compared to October 2021, with a regional shortage of turkeys over 20 pounds driven by a summer outbreak of bird flu expected to drive prices even higher.

“In some good news, despite economic concerns, consumers are looking forward to the holidays; however, many have ‘tightened their belts.’ Accenture’s U.S. holiday shopping research reveals that just over one-third (35%) of all consumers said they will try to stick to a holiday budget, and 45% are shopping at different times this year in search of the lowest prices. The research also highlighted that almost two-thirds are planning to spend the same or less than last year – with a third of those planning to spend more indicating they are involuntarily doing so due to inflation. In response to this expectation, we are seeing an uptick in promotions and discounting from retailers as they work to earn their share of consumer spend. Holiday success for retailers will likely come from four key areas: enticing in-store experiences, meeting consumer demands for virtual goods and services, effectively processing returns in the face of ongoing supply chain and delivery partner challenges, and attracting and retaining additional workers for the busy holiday shopping season,” said Casey Merolla, Managing Director, Accenture.

A sampling of key takeaways from the November report includes:

The full report is available for download here or can be shared as a PDF upon request. Additionally, feel free to subscribe here to receive updates when the PSCU Payments Index is published each month.