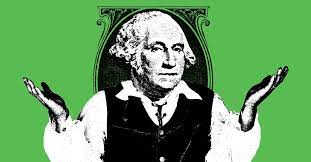 Jobs grew by 261,000 in October. Although this represented solid growth, it was nevertheless the smallest monthly increase since December 2020. As a result, the unemployment rate rose slightly to 3.7%. In addition, these figures were released prior to the widespread tech sector layoffs that hit in early November, which are likely to push unemployment higher over the coming months. Meanwhile, consumer demand for goods and services has not yet abated, contributing to a continuing high inflation rate of 7.7% in October.

Fed Chair Jerome Powell continues to aggressively combat rising prices and strong consumer demand, and the Federal Reserve announced another massive 0.75% rate hike on November 2, its sixth rate increase of the year. The benchmark Fed Funds rate is now in a range of 3.75% to 4.00%, the highest seen since the Great Recession begin in 2008. Moreover, the FOMC is widely expected to make one last adjustment for the year in December. The Fed previously forecast rates to rise to a range of 4.5% to 4.75% next year, before easing, but Powell’s latest comments signal they may have to go even higher.

October spending trends showed strong monthly increases in both debit and credit in categories including Amazon/Bookstores, Entertainment and Giving/Political. Sports and Recreation, as well as Campers and Camping declined as temperatures began to fall.

Overall, credit spending was up 4.3% for the month, while debit showed a slight increase of 0.8%.

Here are some of the key spending trends being watched closely this month by Co-op’s SmartGrowth Team:

The National Retail Federation is expecting slower growth this holiday shopping season. The industry trade group recently predicted sales will rise between 6% and 8% to between $942.6 billion and $960.4 billion from Nov. 1 through Dec. 31.

Despite this year’s slower growth versus 2021, which saw spending rise by over 13% compared with the pandemic-burdened 2020 season, this year’s anticipated sales total would still represent a record. Although consumers are expected to purchase fewer gifts this year, the overall spend per shopper will likely remain on par with last year due to the rising costs of merchandise.

“Retailers are trying their hardest to extend the holiday season this year,” said John Patton, Co-op Senior Payments Advisor. “They kicked off very early sales to entice cautious shoppers onto the sales floor. Although these early events – like Amazon’s extra Prime Day in October – did not achieve the level of sales that retailers were hoping for, by the end of December most will likely see lifts over last year.”

While inflation is dampening consumers’ gift-buying intentions this year, it has not seemed to affect their appetite for travel. According to major travel and lodging firms like Royal Caribbean, Hyatt and Hilton, bookings are up, and people are willing to spend more on experiences now than during the height of the pandemic.

This is supported by Co-op’s credit union payment portfolio data. October credit spending in the Travel merchant category is up 3.1% in debit month over month. And year over year, the category is up by 45.1% in credit and 15.8% in debit.

“We expect travel spending continuing into November with positive month-over-month growth, before flattening out in December and January,” said Beth Phillips, Director, Co-op Solutions. “This points to a surprisingly resilient sector, thanks to a pandemic-weary public that has pivoted to seeking out experiences over purchasing home goods, furnishings, toys, autos and other tangible goods.”

Many consumers may be shifting from high-end department stores and boutiques in favor of discount retailers, but those who continue to spend are increasingly dipping into their savings and borrowing on credit to do so.

According to the Wall Street Journal, overall credit card debt has for the first time returned to pre-pandemic highs, pushing total card balances to $916 billion in September.

At the same time, some observers are seeing slowing growth in credit card usage as a harbinger of consumers’ worries about impending recession in the new year.

“Balances have gone up on credit cards and there’s this perspective in the marketplace that suggests that consumers are trying to hold some cash back in reserve,” said Patton. “Unfortunately, inflation is still an issue and many consumers may find themselves in difficult straits these coming months, especially over the winter as the costs of heating fuel costs are expected to rise significantly.”

Please note that the category spending below reflects month-over-month comparisons (rather than year-over-year) – i.e., compares October 2022 with September 2022, rather than October 2022 to October 2021.

What Credit Unions Should Do Now

Holiday shopping season is here! Now is the time for credit unions to activate their “spend and get” campaigns to maintain top of wallet status. Focus on those key merchant categories where members are most likely to spend in November and December, including Department Stores, Discount Stores and Digital Goods.

Subscriptions continue to stay hot across many services, from weekly meal kits to streaming services and even digital plans offered by automobile manufacturers. For issuers, this amounts to recurring interchange revenue that is incredibly “sticky,” as consumers will typically “set it and forget it” once they add their card as the payment method for the service. Look to offer special incentives to members to encourage them to provision their credit union-issued credit and debit cards in their subscription apps.

More information on the Co-op SmartGrowth Consulting Team can be found here.

About Co-op Solutions
Co-op Solutions is the market-leading financial technology platform whose mission is to connect credit unions to the technology, strategic partnership and scale they need to best serve their members now and into the future. Co-op partners with credit unions to unlock their potential so they can compete; does the hard work of innovation, creating a one-stop opportunity to help credit unions grow; and offers knowledge and expertise in a world where everything must be integrated. For more information, visit coop.org.

Category: CUSOs In The News