NACUSO Speaker’s Bureau
Nobody knows CUSOs better than the team at NACUSO. We get asked to speak on innovation, collaboration and the power of cooperation all over the world. We’re pretty proud of our line-up too. The CUSO Guru, former President of USAA Bank, an avid Philadelphia Eagle’s fan and an author of two books on branding. We offer a discounted fee structure for our loyal NACUSO members. If you’re not a member, well, you should join….but if you just want to hire us, we can negotiate a fee that is mutually beneficial.

Check out our line-up: 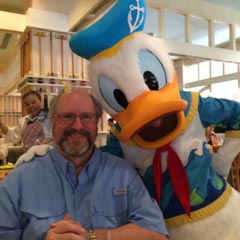 Jack Antonini was appointed president/CEO of NACUSO in 2010. Jack was the former President & CEO of USAA Federal Savings Bank and member of USAA’s Executive Council (the top ten leaders of this diversified financial services company), when USAA FSB was recognized as “Best Bank in America” by Money magazine. Jack was former head of the Consumer Banking Group as well as internet, phone and ATM delivery channels for all lines of business at First Union/Wachovia, one of the five largest banks in America.

Jack previously was Vice Chairman & CFO of FirstUSA, one of the three largest credit card companies prior to its merger with BankOne/Chase. Most recently Jack was President & CEO of Cardtronics, where he helped grow the business from 8,000 ATMs and $60 million in revenue to the largest ATM owner/operator in the world with over $500 million in revenue, the largest surcharge-free ATM network, with 6 of the top 10 banks and 7 of the top 11 retailers in the U.S as customers. Jack can be reached at Jack@nacuso.org 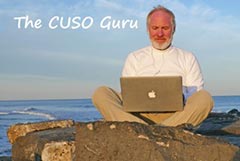 Guy is a nationally known speaker and author on a wide range of credit union and CUSO topics and started his time with NACUSO in 1984, so he has seen it all. He retired in 2021 and was an attorney with the law firm of Messick Lauer & Smith, PC in Media, Pennsylvania. Messick Lauer & Smith PC has provided services to hundreds of credit unions and CUSOs nationwide and is known for its work with CUSOs, Incidental Powers, regulatory compliance, loan participation agreements, vendor contract reviews, business lending, mortgage lending, governance issues, mergers, and regulatory advocacy.

The Firm enjoys a unique perspective of being at the cross-roads of credit unions, regulators, and private sector innovation that has enabled it to assist in the creation of forward thinking collaboration opportunities that generate significant income and cost savings for credit unions. Guy can be reached at Guy@nacuso.org. 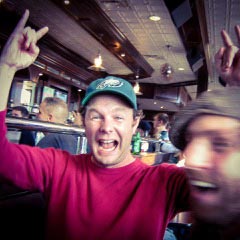 This experience has lead to Brian speaking at many conferences and seminars as well as facilitating strategic planning sessions throughout the country. Brian became NACUSO’s General Counsel in 2021. Brian received his Juris Doctorate from Temple University’s Beasley School of Law, where he also served as Editor-in-Chief of the Journal of Science, Technology and Environmental Law. He is a member of the Bar in both Pennsylvania and New Jersey. Brian can be reached at Blauer@cusolaw.com