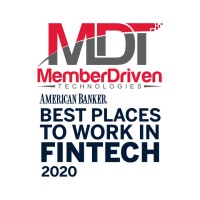 PART ONE: Life Story and Experiences

What’s your current position and can you give me a brief overview of what it is you do in your work?

I’m the president and CEO of Member Driven Technologies (MDT). We host the Symitar Episys® core platform to provide credit unions a private cloud solution for their core processing and IT needs.

I want to hear the story of how you came to work with credit unions. What attracted you to work for Member Driven Technologies?

I have participated in the credit union movement for over 30 years, mostly working with CUSOs and technology. Before joining MDT, I served as the CIO of Dearborn FCU and managed the financial CUSO Dearborn Financial Services (DFS). Prior to this, I was the director of product support for ESI Software, a technology provider for credit unions. I primarily supported Burroughs mainframe clients while at ESI Software, as they were the majority of our client base.

I grew up in a suburb of Columbus, Ohio called Grove City and attended college at Columbus Tech Institute and Ohio University. I originally chose elementary education as my major and changed to advanced placement in Management Info System (MIS) at Columbus Tech. After graduation, I got a job as the technical services administrator for the city of Columbus. At age 20, I was the youngest administrator of security and data systems they ever had and reported to Tony Bachman, the director of IT for the city of Columbus, with a dotted line to the mayor.

Who were your mentors along the way – the people who deeply influenced who you are, what you believe in and what you’re committed to in your work and life? Tell me about them.

There are two gentlemen and one lady who stand out big time. The first is Tony Bachman, whom I mentioned above. Tony took me under his wing and guided me through all kinds of new business experiences. Our city was one of the first users in the world to implement email. Once this became public news, former trade journal Computer World reached out to feature a story on this in the 1970s. Tony put me on stage at age 20, reassuring me that I could handle it and telling me to just pretend that everyone was naked. Despite his advice, I was still scared to death. I talked about security protocols before it was even a thing; Tony pushed me into that role and encouraged me along the way. I then spoke in front of the city council quite a bit. Columbus had a local public radio channel and I hosted my own show on Saturdays, where I would talk about data processing when there were card readers and reel to reel tapes. It was kind of like a talk show, but remember — in the 70’s, people didn’t know what data processing was.

The second mentor was the former CEO of DFCU, Ron Unger. He’s in his 80s now and long since retired. Ron taught me how to run the business, care for individuals and provide exceptional service. My final mentor was a VP of branch operations also at DFCU, Elaine Dopp. Elaine taught me a lot of soft skills. Both of these individuals really influenced me during my early years in Michigan.

Can you share something interesting about yourself that would surprise our readers? It can be anything, a hobby, an adventure, sports, the most embarrassing thing that’s ever happened to you…

I mentioned earlier that at the young age of 20, I had a dotted line to the mayor of the city of Columbus. Well, they had a Larry Nichols day in Columbus, and I was given a key to the city.

Tell me the story of how your CUSO was created – the early days. Tell me about some of the memorable characters in the history, some that brought your story color, drama, comedy, conflict? 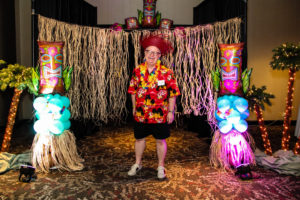 Larry Nichols having fun at an employee event.

I started at Dearborn FCU in 1995. At that time, this was the largest CU in Michigan, supporting the Ford Motor Company. I basically launched the CUSO, Dearborn Financial Services (DFS), and brought automation to it. We supported shared branching and ATM networks out of the CUSO. We served credit unions in eight states, had approximately 700 ATMs and about 120 credit unions processing with us. When we sold the business, a group of CUs asked me if we could start a CUSO to handle core processing. I was a young guy then and was fascinated with the idea of starting a fintech company from scratch. So, like a crazy person, I said yes.

The idea started with two women who were good friends and who had toyed with the concept of starting a CUSO to save money on IT expenses. The idea spread and by the time the CUSO was created, there were seven credit unions involved. They formed IT Group LLC, dba Member Driven Technologies. They spent two and a half years prior to launching the CUSO to do all the due diligence, which included a complete business study, a written business plan and in depth reviews of core platforms. Only one of the seven credit unions was on Symitar but they all agreed that the Symitar solution was the right one. We opened for business in July of 2003. 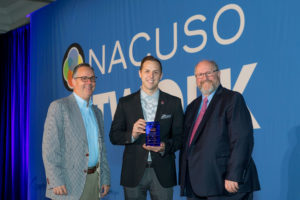 invested back into the organization. We currently have four owners and serve 116 credit unions. All credit union clients benefit from the earnings that are put back into the CUSO. Of our clients, 98 credit unions are using the core services, and 18 use our check processing. Our price point is lower than corporate CUs and the Fed. We started with 5 employees and have almost 150 employees today!

MDT was originally going to be only for the founding credit unions, and then only for credit unions in the state of Michigan. However, word of mouth and referrals spread like wildfire, and we ultimately went national – all without a sales department.

While we do have sales people now, we still don’t cold call or advertise; all of our business comes through referrals and people who find us through articles published about us in various trade publications. We get a lot of leads through our website as well.

What makes your CUSO unique?

There are several things that make us unique. First, we are an integrator and have dozens of analysts, engineers and other business and industry professionals on our staff who help our clients integrate all of the products they want to leverage through the Symitar Episys core platform. This makes us more of a hybrid solution versus just an outsource service bureau.  In addition, every credit union has their own server in our data center as opposed to the more traditional solution of housing all credit unions’ data on a single platform. Each of our clients has a replica at our redundant data center so any transaction is written in both data centers simultaneously. I often compare doing business with MDT with leasing a car –  you can have any option you want, you receive a new car as your needs require, you can drive it wherever you want to go and you never have to change the tires or the oil. You just drive the car. That is our clients’ experience with MDT: they drive their system and we take care of all the maintenance.

In the credit union spirit of “people helping people,” we are very involved in local charities and community events. It is important to us that we support our communities and make a difference. 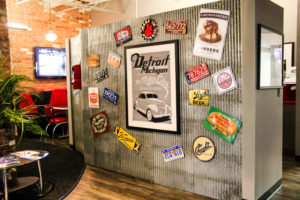 If you ever get to Detroit, visiting our headquarters is a must. I wanted to create a facility that represented the rebirth of Detroit – as you know, the city has had a tough time for decades but is once again becoming a city we can be proud of. In the last five to six years it’s been reborn. So, I wanted our office to reflect that comeback. We bought a building and totally gutted it. Many of the materials we used are reclaimed from some of the older Detroit buildings that were torn down and others are “green.” The brick is from Corktown, our “tin-look” ceilings are made from recycled plastic and our carpet is sourced from recycled plastic jugs. We have made it an environmentally friendly building with low-voltage LED lighting, waterless urinals and other features.

The building’s artwork is all Michigan; We have dozens of black and white photos of Detroit days gone by that we found through the Library of Congress. Our workstations are ultra-modern and the combination of old and new makes our offices beautiful, functional and comfortable. It’s 31,000 square feet so I was in my heyday decorating. Every office is completely different. I met with each manager and gathered their input for which colors and pieces they wanted to be surrounded by. I believe these little things really add up in making MDT a great place to work.

What have been the greatest successes in your opinion?

We are truly based on service – we were born to help credit unions save dollars and lower expenses.

I hate titles, so when I get interviewed I simply say, “I work here, I’m part of the team,’ and I tell people not to introduce me as the boss. We all work together in harmony. It’s not unusual to see me in the kitchen emptying the dishwasher or taking out the trash. New employees are surprised because I know everyone’s name. I don’t want to be that person on the podium. My dad had the same job his whole life, he was a very giving man, never pretentious; he’d give you the shirt off his back. That’s how I try to always be with people.

We have employees sprinkled across the country — in Texas, Florida, California, Mississippi and others. We span all time zones. But, we find times to bring everyone together as well – we host a holiday event every year where we all gather at one of the offices in Michigan or Montana. I’m a big advocate for people and families. We even have paid paternity leave for men which is not yet common in the industry. Family has always been and will remain very important to us.