This article first appeared in CUToday on October 1, 2019 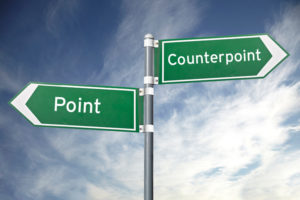 Are the mergers taking place in credit unions in the best interests of members? That question has sparked a debate between Denise Wymore, Membership & Advocacy Development Officer with NACUSO, and Lou Grilli, AVP Product Development and Thought Leadership with Trellance.

Two credit unions merging combines assets and member base that the now stronger one credit union can leverage to support these costs, and provide technology that members demand.

Wymore: Next year I will celebrate 40 years in the credit union industry, so I’ve seen a lot of changes. And compliance has always been a struggle. This isn’t something new. The 6thcooperative principle states, “Cooperatives serve their members most effectively and strengthen the cooperative movement by working together through local, national, regional, and  international structures.”

That really is the definition of the Credit Union Service Organization (CUSO) model. NW CU Collaboration CUSO is owned by WSECU, GESA, IQ and Salal Credit Unions in Washington State. They are practicing the 6thcooperative principle by sharing the high cost of compliance through their CUSO rather than trying to do it all individually.

And you bring up an interesting point, the NCUA category of “expanded services.” Recently, I read coverage in CUToday.info regarding the proposed merger between Infinity FCU and Vibrant CU being called off. I just visited their website and found the member information page regarding this proposed merger was still up. On it they discuss “expanded services” and list the following: insurance, advising investment services, real estate title service, and convenience services.

I can’t imagine any of these are make or break in today’s marketplace. One of the traps many credit unions have fallen into is trying to be all things to all people. It’s really not a very sound business plan when you think about it. How many fintech companies are taking just ONE of our services and innovating it in a way we cannot compete with because of our broad scope? Rocket Mortgage is a great example.

Grilli: Scale drives profits. Credit unions are not for profit, but it is in their members’ best interest to generate profits and return those profits back to their members in the form of higher interest on savings, lower rates for loans, and dividend distribution. A credit union needs scale to get to the level where it can remain competitive in order to remain profitable, and scale comes from mergers.

Wymore: Not necessarily. Scale can come in many forms. CUSOs can provide the same or sometimes better services to a credit union of any size. Member Support Services, LLC, a CUSO, supports the backoffice operational needs of its shareholder credit unions Aspire FCU, Credit Union of New Jersey, and United Teletech Financial FCU as a perfect example. The objective of the CUSO is to create operational efficiencies in core processing, information technology services, delinquency and collections, support services, purchasing and contracting and other areas. They are three mid-sized credit unions with combined assets of $782 million.

Grilli: The most recent Callahan & Associates Peer Group Comparison tracks metrics of credit unions by asset-based tier groups. There were 3,117 credit unions with under $50 million in assets at the time of this report. This group averaged a decline in members (-0.47% versus 4.01% for all credit unions) an averaged share growth of just 0.02%, essentially flat, when the industry had 5.76% share growth. These two attributes are linked and point to the fact that roughly half of these smallest credit unions–given that it’s an average across over three thousand–cannot survive with no or negative growth. The fact that 90% of mergers bring two credit unions under $100 million in assets together exemplifies this need to merge to survive.

Wymore: The truth of the matter is that many of these mergers result in members of the leadership team benefitting with large bonuses, hiring consultants to assist with the merger process, costs for legal representation during the merger process, and a general lack of transparency when it comes to mergers, which all lead to members’ shares being used for purposes that do not benefit the members.

Despite the claims of gaining scale, the motivation behind many of these mergers is the acquisition of valuable credit union assets and local presence without having to give anything to member-owners who surrender their collective wealth and generations of loyalty.

In 2016, Belvoir FCU was folded in to PenFed. PenFed documented on the combined financial statement a $40.7 million entry for “negative goodwill” to be added to PenFed’s balance sheet. In essence, this is what Belvoir’s members paid to have PenFed take control. This was not clearly disclosed to Belvoir’s members when they were asked to vote on the merger.

Not all mergers are shrouded in secrecy. However, according to CreditUnions.com, “approximately 80% of the mergers it reviewed included payments [i.e. bonuses] to insiders.” This is money that belongs to the members, not to the leadership team to profit over a merger that didn’t necessarily have to happen.

The Vibrant /Infinity proposed merger I mentioned above was to combine a $753-million credit union chartered in 1935 to serve the workers of John Deere in Moline, Ill. with a $333-million credit union chartered in 1921 to serve telephone workers in Maine. They are both financially healthy credit unions. The original field of memberships and distance should make anyone scratch their head. At the end the press release it said, “…the merger process brought some important differences to light and it became evident that the integration was simply not a good fit.” Sounds like they made the right decision. They are committed to collaborating rather than merging in the future. I hope it involves a CUSO.

The Last Word from Wymore and Grilli:  Mergers are beneficial when borne out of necessity, or when it results in true benefits to its members. But complete transparency and disclosure of the costs, bonuses and payouts need to be provided to voting members in order to let the members decide whose best interest it is.