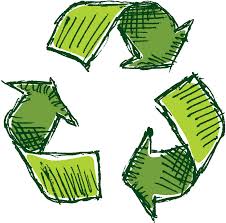 By chance or through their own mistakes, some members get into financial trouble. Nobody sets out to become a financial disaster; sometimes it just happens. Then, whether with shame or defiance, they leave the credit union and their credit union debts behind.

Sometimes your collection department can nurse the member back to financial health. Other times, you have no choice but to charge the debt off. Then what?

For the most part, financial hard times are temporary. It may take a member years to dig themselves out, but eventually, they’re probably going to get there. Then what? Now that they’ve learned the hard lessons, who will they turn to for financial services. Certainly, your credit union won’t take them back. Maybe you should, though. Maybe there’s a way to create a win-win here. That’s the premise on which CU Revest is based.

Unlike a typical collection agency, we encourage members to repay their full debt – and they actually do it! That may sound crazy, but we’ve been very successful. Here’s why: The member gets some important benefits out of the deal.

First, they’re treated with respect. Virtually all other agencies incentivize their collectors based on dollar volume collected. On the other hand, our associates earn bonuses based on the positive feedback we get from satisfied members. Think about that for a minute. Our associates earn more by treating members better.

Second, when the member agrees to pay off their full debt, we create a new loan for the balance. That new loan gets reported to the credit bureaus. So as long as the member keeps paying as promised, their credit score will get a significant bump up.

Third – and maybe most important – the member is assured that once their debt is paid in full, they’ll be accepted back into the credit union as a member in good standing. Imagine after going through whatever financial hell they’ve experienced, getting accepted back into the credit union they thought had literally and figuratively written them off. You’re all but guaranteed to have a loyal member for life.

Credit unions have always recognized that there’s more to a member than a FICO score. I know it’s hard to keep that in mind when that member stops paying. You might not be able to help them today or tomorrow, but at some point, they’ll make a financial rebound. That’s your opportunity to become a real hero and set your credit union apart from all the greedy banks. And that’s just good business. 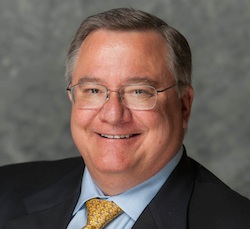 ABOUT THE AUTHOR: Mike Joplin is the co-founder and CEO of CU Revest.  He has over 35 years experience in commercial banking and consumer finance. Prior to founding CU Revest, he was co-founder and Chief Executive Officer of Credit Solutions Corp.