The National Association of Credit Union Services Organizations (NACUSO), the only trade association focused on growing and protecting the CUSO movement recognized four outstanding CUSOs and one innovative and collaborative credit union at the 2018 NACUSO Network Conference at the Disneyland Hotel. 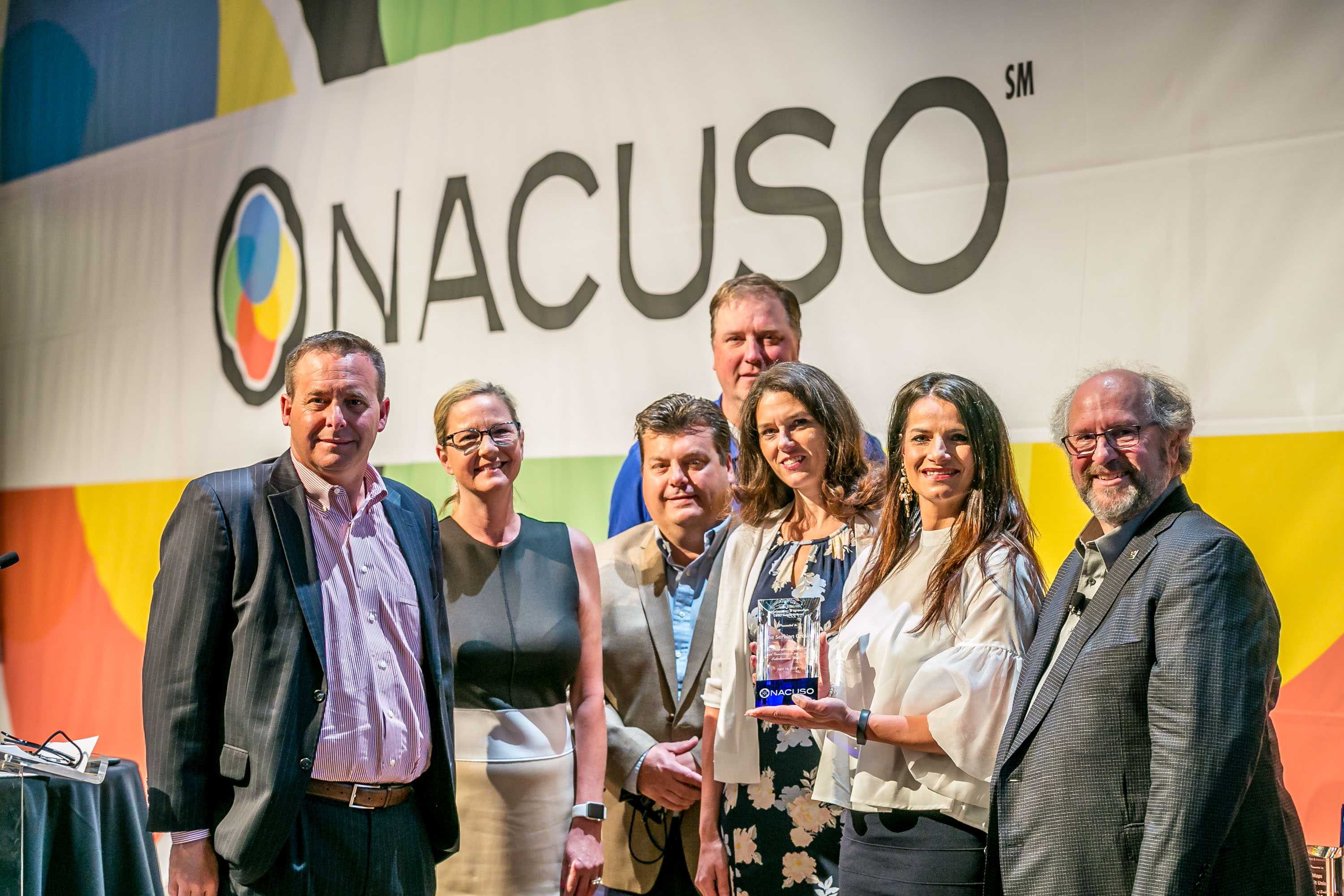 “We had so many great nominees for awards this year that we added a runner-up to the CUSO of the Year category,” said Jack Antonini, President/CEO of NACUSO. The runner up for CUSO of the Year is CUProdigy. Anthony Montgomery, CEO, summed up CUProdigy this way, “As a proud member of NACUSO, we take our commitment to delivering value to credit unions very seriously. Whether it’s our modern, cloud based core or our core agnostic cloud infrastructure services, we’re focused on not only delivering technologically superior solutions, but highly cost effective solutions. Many vendors claim it, but we really are a true technology partner to our credit unions.” 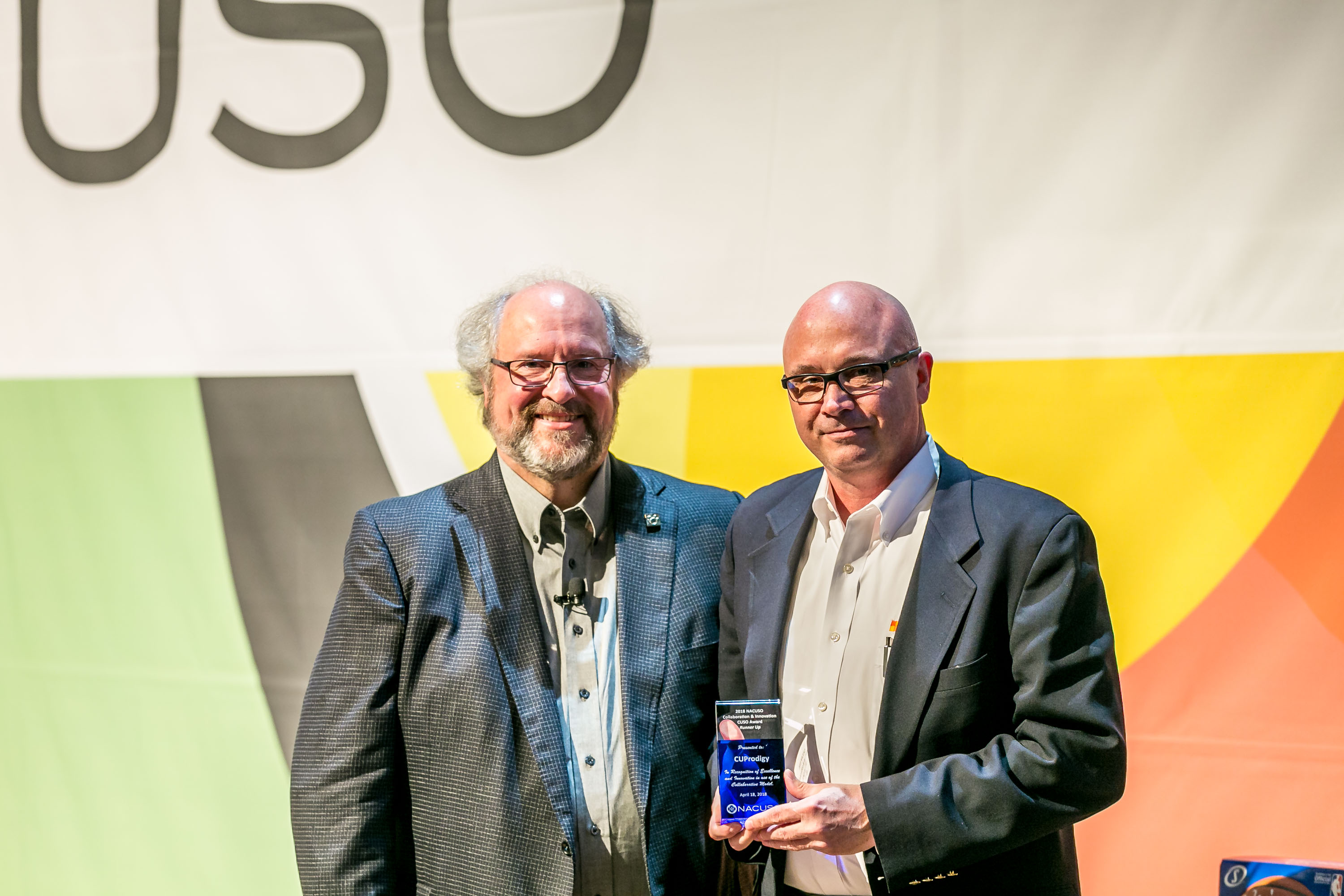 “The criteria for both awards were selected to recognize those organizations that are making a significant difference and contribution to our industry,” explains Antonini. “In 2016 we added a third category for CUSOs that are fairly new in operations, The New CUSO of the Year Award, recognizing CUSOs that have started in the past 5 years. We know that it takes time to grow the business so our goal is to showcase those efforts that we believe have real staying power and are already making an impact.” Last year’s winner was CU Revest.

This year’s winner is OnApproach. The predecessor was actually founded in 2003 as a consultancy specializing in data warehousing, data integration, analytics and reporting. They completed big projects with clients such as Toro and Land o’ Lakes. But in 2009 they completed a major reporting and analytics project within the credit union industry The insights gained from this project and subsequent projects in the CU space led them to envision a data integration, analytics, and reporting product tailored to the US credit union market. So in 2014, Denali Alaskan FCU and Ideal Credit Union became the initial investors in, and helped form the OnApproach CUSO. 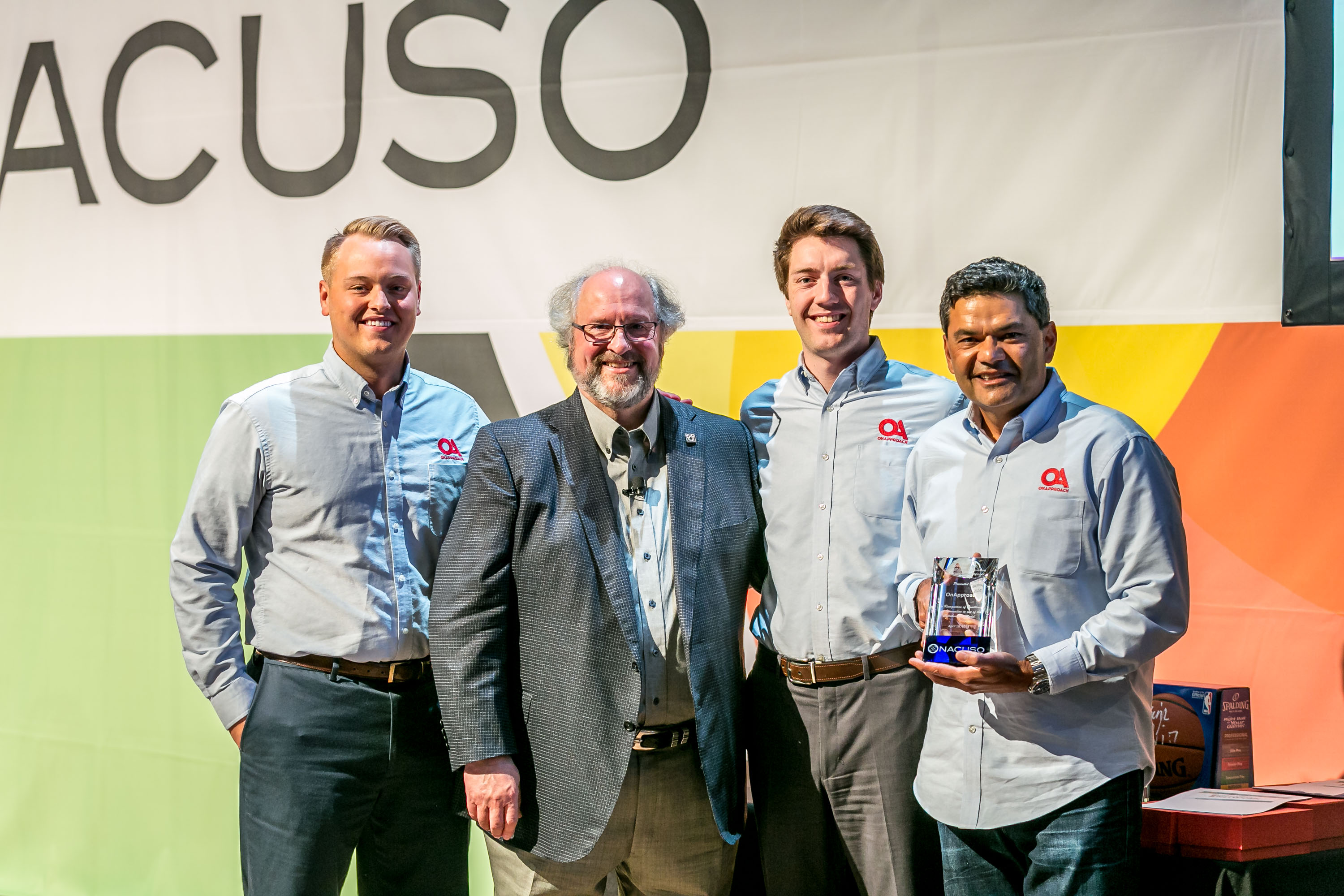 “We also selected a runner-up for New CUSO of the year because CU Certified Auto is the first program to offer a best in class vehicle service contract for credit union members while giving back 100% of the underwriting profit to the participating credit union,” Antonini explained. “We just had to acknowledge these unique CUSO models that are really committed to helping our members by helping our credit unions.” 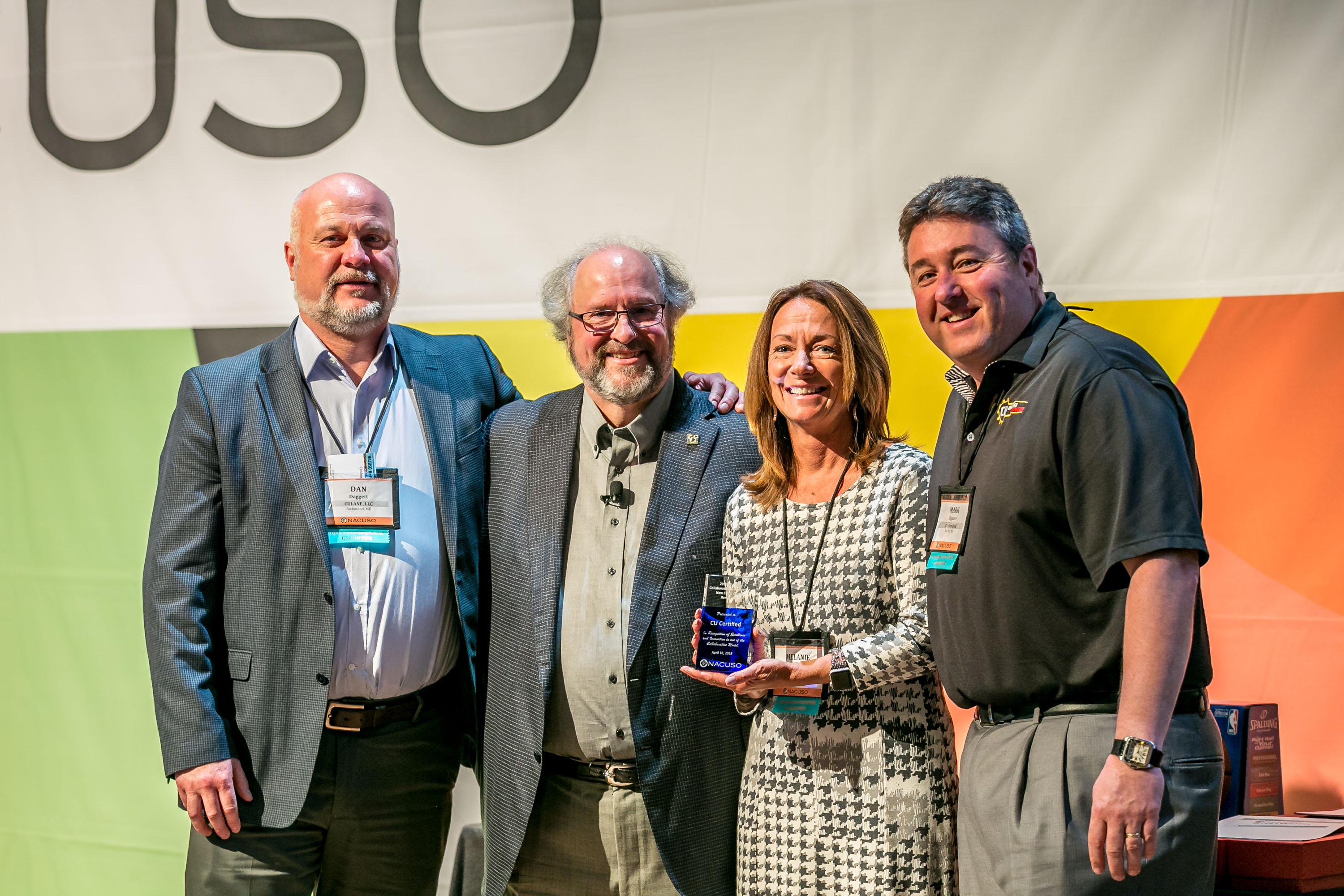 The Credit Union Collaboration and Innovation Award was added in 2012 to expand the program to recognize a credit union demonstrating the successful use of a CUSO model to serve their membership’s financial needs. Criteria include showing how the business strategy for the credit union leverages a CUSO to create value for the credit union and its members. Past winners include Bethpage, America First, Workers’ and Bellco Credit Unions and Allegacy FCU. Last year’s winners were ORNL FCU and Y-12 FCU. This year’s winner is Maps Credit Union. 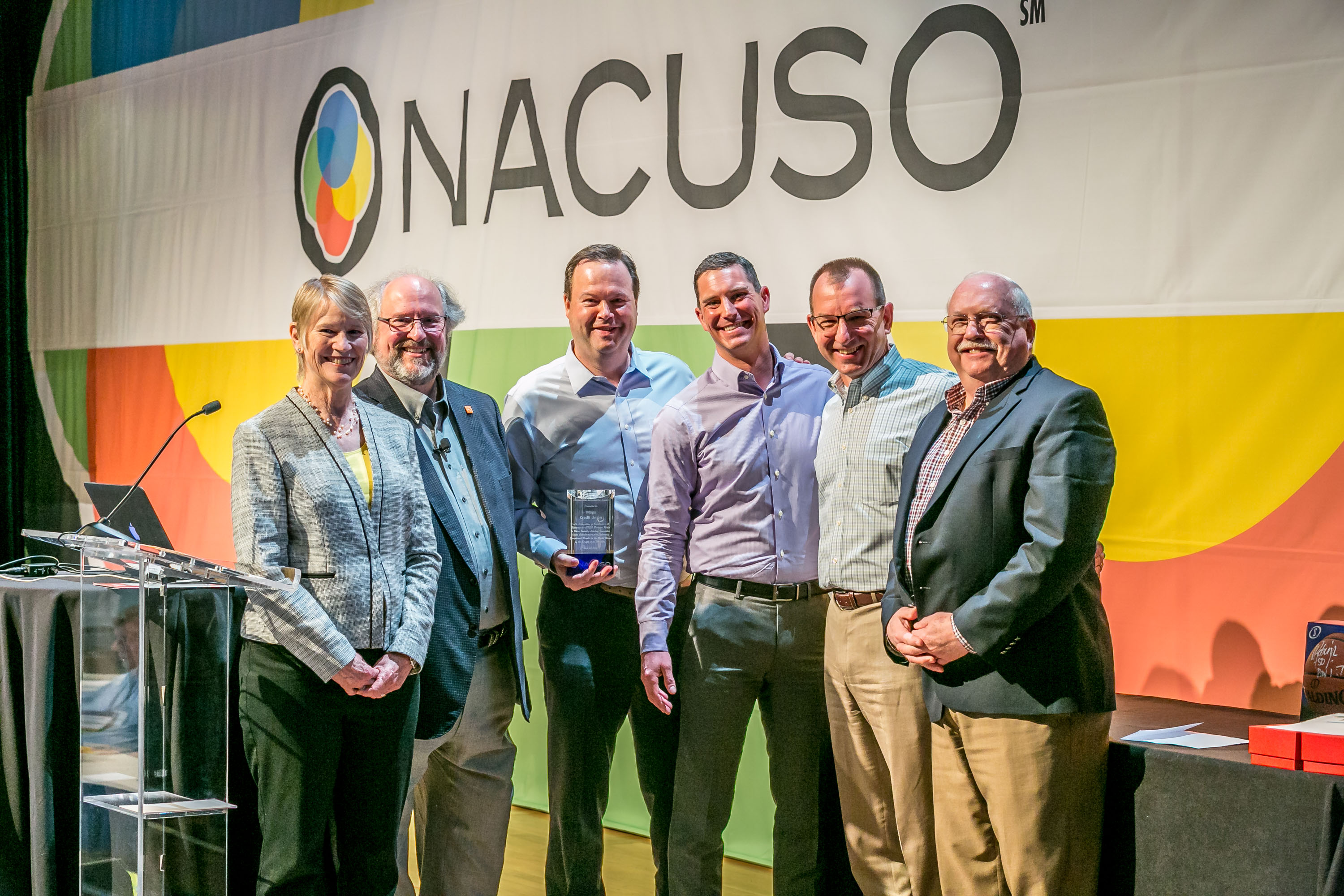 Maps Credit Union’s interest in CUSOs started in the late 90’s when NCUA didn’t like some of the Credit Union’s investments and they forced them to divest $30 million of them.  This was a huge blow and depleted Maps to about a 5% capital ratio.  The action of shrinking hampered their ability to grow net income organically – hence the need for CUSOs.  Mark Zook met Guy Messick at a CUES conference and was introduced to NACUSO and the rest is history!

Maps CU has since built some very innovative CUSOs. Their current wholly or majority owned CUSOs that collectively serve 200 CUs across the US:

Congratulations to all the winners.