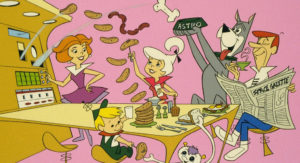 Do those names ring a bell? If you were born in the 50’s or 60’s chances are you tuned into see the Jetsons. It debuted September 23, 1962 in prime time and was the first program broadcast in color on ABC.

The Jetsons lived in Orbit City where cars flew, homes were raised high above the ground on columns and daily life was leisurely, assisted by numerous labor-saving devices. It was cancelled after 2 seasons but went on to be part of the Saturday morning cartoon line-up as reruns where many of us laughed at the impossible world where a car would fly.

Fast forward to today. We have driverless cars being tested. 80% of homes with internet also have Smartphones where you can check into a hotel, deposit a check to your credit union, order a rideshare (Uber) pay for your coffee, you name it. My toothbrush coaches me to brush for two minutes, my FitBit tells me when I should wind down and get ready for bed. And the “internet of things” is only just beginning.

We are very fortunate to have an Exclusive Premier Card Partner in Mastercard who understands the future is in constant innovation, blending security with leisurely convenience. Last year at the GAC they debuted their futuristic world in a trailer that was the setting for the “future home” and the ease at which you can live with Mastercard by your side.  It included Groceries by Mastercard, a new app which enables consumers to order groceries directly from Samsung’s new Family Hub refrigerator. Judy Jetson could push a button on her fridge and order a pizza, fried chicken, prime rib, whatever for her family. It’s basically the same thing.

Mastercard has an exclusive relationship with Garmin devices that provide contactless payment.  Garmin Pay is now live with several banks and credit unions around the world.

What are behavioral biometrics?  Sounds very space age.  Mastercard has a solution that can detect signs of malware, fraud, and scams being initiated by humans or machines.  Account takeover fraud is a growing problem and Mastercard has the solutions to help combat it.

60% of the population does not know where their card credentials are stored.  I know I have Amazon tied to my debit card, and I think Netflix and Hulu are tied to my other credit card, the payments come out of somewhere, right?  Mastercard Consumer Control can help members view/manage where their cards reside with merchants. Makes my life easier and gives me peace of mind, and let’s face it, keeps me organized.

Mastercard was originally known as Interbank/Master Charge, and was created by several California banks as a competitor to the BankAmericard issued by Bank of America, which later became VISA. From 1966 to 1979 (just a few years after the Jetsons aired) Mastercard was called “Master Charge.”  Today Mastercard is a technology company in the global payments industry and they operate the world’s fastest payments processing network, connecting consumers, financial institutions, merchants, and businesses in more than 210 countries.

Mastercard will bring their Innovation Pods to the 2018 NACUSO Network Lounge so you can experience the future of payments, security, and Jetson-like convenience. 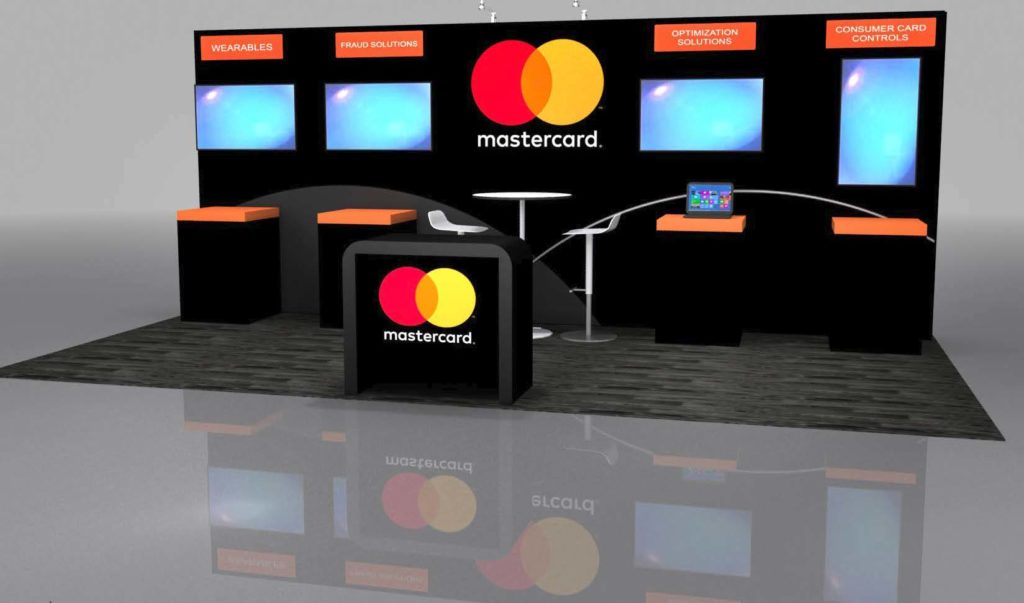 Stop by the NACUSO Networking Lounge in Disneyland and see first-hand the Wearables, Fraud Solutions, Optimization Solutions and Consumer Card Controls in the Mastercard Innovation Pods.