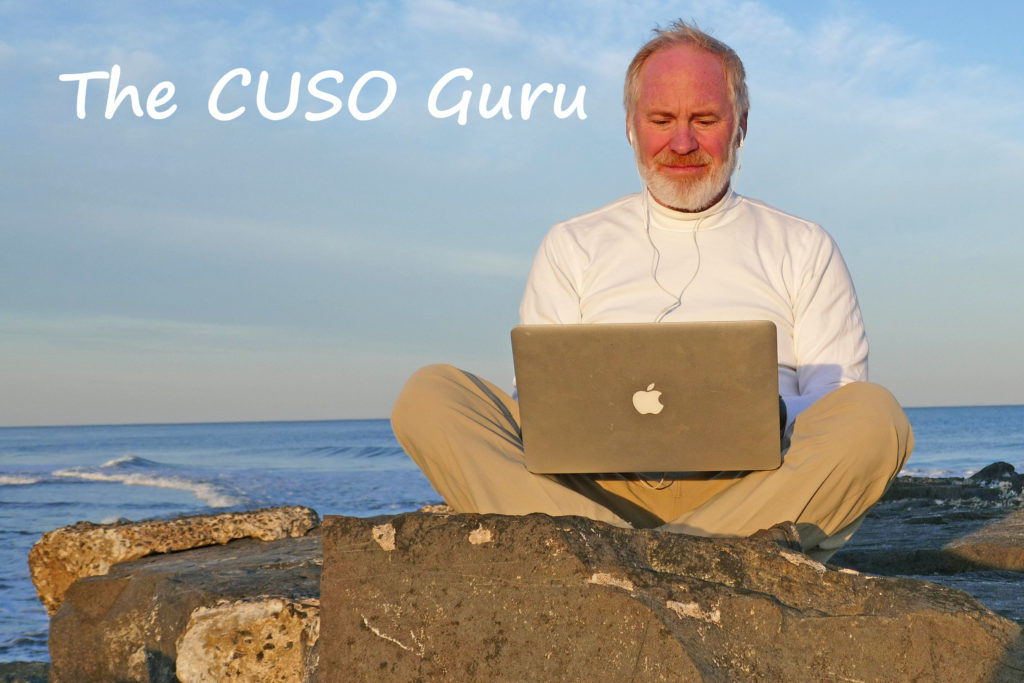 Never burn a bridge with former girlfriends.  It can jump start a career.   I stayed friendly with my high school girlfriend Maryanne who married John Unangst the President of Franklin Mint Federal Credit Union.   John formed one of the first CUSOs in 1988.   The CUSO provided mortgage services and data processing services to multiple credit unions.   As a result of meeting John through Maryanne, I formed John’s CUSO.  John became a director on the newly formed NACUSO Board and asked me to go with him to San Diego on his dime to a NACUSO Conference and play golf.  My bags were packed before he finished his invitation.

In San Diego, I did a presentation to a four table conference.  John suggested to the NACUSO Board that I be their General Counsel.   My most attractive feature was that I was free.   So began my representation of NACUSO.  I thought I could handle this gig as CUSOs are essentially small businesses and I had a lot of experience representing small businesses, including being the attorney for the local Chamber of Commerce.   I grew up in a small business.  My parents owned two restaurants. Eventually, my practice evolved into the near exclusive representation of credit unions and CUSOs.

The part of our practice that gets my juices flowing is helping credit unions create and expand CUSOs and other collaborative relationships.   How can we structure a relationship between organizations and people that will reward all participants on a personal and professional level?  Collaboration is not easy.  It is not altruistic.  It is finding people with the right values and incentives to work together to achieve a common goal.  It is a challenge but when it works, it can provide amazing results.

I really like being at the center of the action in the industry.   Our firm, Messick Lauer & Smith, has worked with credit unions and CUSOs in every state.  I am embedded into the CUSO network within credit unions.   As General Counsel to NACUSO, I have worked with NCUA, state credit union regulators, and the SEC.   I also work with innovators and entrepreneurs who want to work with credit unions.   Our firm has formed hundreds of collaborations and helped influence regulations.  If I was mean to Maryanne all those years ago, I might be chasing ambulances. 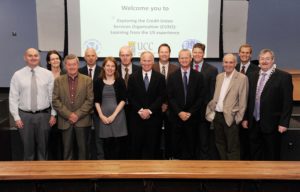 I was able to take the CUSO gig overseas to Ireland.   In 2012, I was asked by the University of Cork to teach Irish credit unions about CUSOs.  I brought along Ray Crouse, Kirk Drake, Mark Zook, and Jeff Russell as co-presenters.  In 2016 I was asked to do a return engagement.   It was a solo act.  None of my companions were allowed back in the country.   They can go back now.  All charges were dropped. 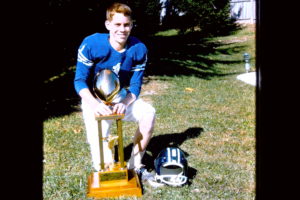 Most people do not know I played college football…for Bucknell University, a Division 1A school.  I had to quit the team after a couple of concussions.   No big loss for the team.  I was small but more than made up for it in my lack of speed.  Apparently having concussions does not prevent one from becoming a lawyer.  Travel has also been a topic of interest…being arrested in Monaco, jumping the fence of the Tuileries Gardens in Paris at midnight, riding horses in Mongolia, walking with penguins in Patagonia and sharing our camp in Africa with leopards and elephants.

The most rewarding part of my life has been raising my three children to be responsible and caring adults who also provide me the joy of grandchildren.  I would be remiss if I did not also share the joy of being married to Lucy.  Close behind the personal stuff are the friendships I have enjoyed in credit unions.  I hesitate to start naming names for fear of leaving out others.

However, I do have a story right out of the Twilight Zone. Gene O’Rourke, Tom Davis and I got together in San Francisco to talk about forming a network alliance to advise CUSOs.   We finished the meeting and Gene had something to do that night so Tom and I went out to dinner.  If you know Tom, you know he is a health conscious runner who does not drink.   There was another Tom many years ago that lived in San Francisco in the late 60’s before he was married.  That Tom partied and had a few drinks now and again.   Tom took me to a bar that he and his friends hung out at.   When we walked in to the bar his group of friends from 34 years ago was there.  They had just attended a funeral for a mutual friend.    It was like walking into a time capsule.   I only remember one name…Beverly Hills.   I am sure that name worked in 1968, but not sure it worked in 2002.

Working with Alan Rush was memorable.   Alan went to school with Chip Filson at Harvard and Chip introduced Alan to several CUSOs including Member Gateways.  Alan observes and consults.  His advice is sought by multi-national organizations and governments.  CUSOs are an interesting hobby for him. Alan is no buttoned down consultant. He has a full beard, a slight build and a quiet demeanor.  He always wears a freshly pressed white shirt and blue trousers.   Collaboration has many hurdles, some logical and some emotional (e.g., fear of the unknown).   Alan listens to the spoken word and observes non-verbal cues and interactions.   He is able to identify not only the stated objections but also the unstated ones.  His advice has helped overcome the obstacles to collaboration.  Alan has an unusual business model.  He never sends a bill.  He just provides so much valuable advice, that you just send him money from time to time; a truly remarkable individual.

I got the label of the CUSO Guru years ago.  I did not create it.  Since I represented NACUSO and was the first lawyer to make a living representing CUSOs that became my “handle”.  Now that I am of an age that I look more like a Guru, I decided to go with the name for fun.

For the balance of my career with credit unions and CUSOs, I want to concentrate on the formation and expansion of CUSOs, facilitate planning sessions on collaboration, work with trade associations, advise innovators and entrepreneurs who want to work with credit unions, advocate with regulators on collaboration issues and participate on credit union and/or CUSO boards.   The strong staff at the firm enables me to cut back on some of the other legal work.  Brian Lauer is excellent in representing CUSOs, Michael Heller is great on contract reviews and Amanda Smith and Jennifer Winston are experts on consumer law compliance.

Representing NACUSO has been one of the highlights of my professional life.  The Presidents: Bob Dorsa, Tom Davis, Vic Pantea and Jack Antonini have been a joy to work with.  Shawna Luna is my kid sister and Denise Wymore is the creative fun aunt.  I hope to continue to hang out with NACUSO and CUSOs for many years to come.

Guy is an attorney with Messick Lauer & Smith P.C. in Media, PA.