NACUSO is on a mission to tell stories of collaboration, innovation and cooperation that not only strengthen the credit union movement but also are in the best interests of our members. We believe that we’re better together. We also know that the CUSO model has mitigated the need for many credit unions to merge by obtaining economies of scale and driving efficiencies. CUProdigy is a great example of helping credit unions with a quality cloud based core that is affordable. We heard about the tremendous cost savings and reached out to a recent convert, Roy MacKinnon, CEO of Edwards FCU.

Roy, first, tell me a little about your credit union.

Edwards FCU was founded in 1962 on Edwards AFB in California and was originally chartered to serve personnel on the base. Edwards FCU received a community charter shortly after 2000 as many military base credit unions did.  Today, we serve all of the Antelope Valley, which is nicknamed Aerospace Valley because, in addition to the Air Force base, other major manufacturers are here like Lockheed, Northup Grumman and The Spaceship Company. We are proud to say that Edwards is the only locally born and raised credit union that’s still headquartered in the Antelope Valley.

How did you come to work at Edwards FCU?

I became the CEO of Edwards in May of 2016. Previously, I was with First Entertainment Credit Union for 25 years. This was my first CEO gig and I knew what I was walking into. I was handed a financial statement showing a $120K loss and 7.2% capital the first month. I immediately initiated a freeze on just about everything. By mid-year we were running at an annual loss of about $200K. By year-end, with a significant expense reduction and with the financial benefits of a PSCU conversion, we reduced our year-end loss to just $5,900.

I felt a missed opportunity existed, one that many credit unions encounter when they convert to a community charter – founding segments are ignored. In this case, it was the air base. I told the board that if they hired me, we would go back to our core, get our house in order, and then when we’re a little healthier we’ll go back to the community in a very disciplined way.

Speaking of “cores,” during this time I discovered how bad and antiquated our core system with Fiserv Summit was.  It was coded in an era that I consider pre-digital, pre-internet, pre-mobile, even pre-GUI!  The original core code was written in the 1970s. I knew I would have to replace the core but we were in a long-term contract.

When did you find out about CUProdigy?

Early this year I decided to start the search for a new core. We had a relationship with CUProdigy through their cloud managed services and we looked at other platforms like Correlation, which is a browser-based core like CUProdigy. Both have modern code and easy to navigate screens. Most people might not appreciate that but on our current system when a member wants to make a deposit it takes staff 9 different screens to process some transactions. One or even two click transactions are a revolution in our eyes. Data is what I want most from a core. But the men and women in the trenches, managing moments of truth, need a core that can provide good service to our members. CUProdigy provides that too.

Yet, as we went through our process of core selection, it never occurred to me that what we really should be looking for is our cultural fit with the core provider. It also never occurred to me that a CUSO might have the same kind of culture that a credit union does. It has been my experience that a for-profit core does not always put your interests first like a CUSO. 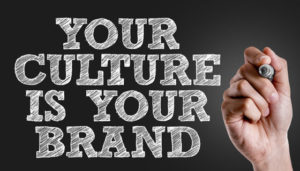 Out of our staff of 44, we had 14 people involved in all the meetings to select the new provider. They were the ones that keenly picked up on CUProdigy’s culture and ultimately selected the CUSO as the clear winner. The bonus was it was definitely the platform I wanted, but it was their commitment to collaboration that sealed the deal. Anthony, the CEO, and Amber, the Chief Product Owner, – I feel like they work for Edwards CU – the pricing was great, but they brought it all home. When my staff said this is the best way to go, just for fun I said let’s take pricing out of the mix – would you still will pick CUProdigy? All but one staff member said, “Absolutely!”  We didn’t want to pick a vendor just because it was the less expensive; we wanted the best fit. For all intents and purposes it was a unanimous decision.

We estimate that we will save at least $500,000 over the next 5 years because of CUProdigy’s $1 per member per month subscription model. And that’s just in already identified areas.  Our five-year projections also include eliminating third-party loan add-ons and I would not be surprised if we save an additional $250,000 to $400,000 because we won’t renew certain contracts. We expect to save a lot of money with our relationship with CUProdigy.

What will you do with all the savings from converting to CUProdigy?

What do I hope to do with that savings? Our savings rates have had to be the lowest in our marketplace as we still need to build capital. But it’s been important to me to return value to our member savers, so we hope to slowly begin inching our CD rates back up to a competitive level. When the Fed does begin to inch up rates, I’ll be more likely able to hold onto our core deposits. Our savings will definitely bolster our capital. I won’t sleep really comfortably until we are over 8% and closer to 9%.

And finally, I believe our partnership with CUProdigy will help us with our ultimate goal of rebranding and recommitting to our founders and the community. Our busiest branch is in Lancaster – and it is like stepping back into the 1970s. This branch was purchased from a bank that left town. Everything in the branch was purchased such as solid oak desks, green marble on the teller line, dark wood and even faux stained glass that divides the mezzanine. In its day, it was a showplace. Today, we need a fresh start, a modern look, new furniture, a bright airy atmosphere and I will use the savings from CUProdigy’s core to launch Edwards FCU 2.0.