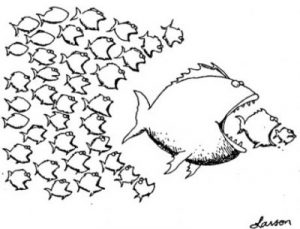 What if you were put in charge of regulating all credit unions?  What would you do?   In this, the first of a two-part series that probes these questions, I will tell you what I would do.

Recognize the Potential of the Cooperative Model

The credit union difference is the cooperative model.  If we do not exploit that difference, we risk being marginalized in the marketplace.  In today’s world, financial institutions need scale to survive.  When the for-profit world thinks of scale, they think of mergers.  Yet mergers are time-consuming and disruptive.  In the case of credit unions, too many mergers also mean less political clout and eventual loss of a separate regulator.

The cooperative model enables credit unions to work together to obtain scale without the need to sacrifice the identity and unique market position of each of the participating credit unions.  Scale through a collaborative model is more efficient and less disruptive to employees and members than scale through mergers.

There is tremendous power in the owner–user model.   Members own credit unions and use them for services.  Credit unions own CUSOs and use them for services.  If a user has a problem, the owners are sure to fix it.  Service is not sacrificed for profits.   Services are prioritized according to the needs of the users.   Why would the credit union industry not want to fully exploit this power?

In order to fully realize the benefits of collaboration, credit union directors, staff and regulators have to be willing to abandon the outdated notion that the credit union industry is a collection of fully independent credit unions and view the industry as series of interconnected credit unions.  If we isolate credit unions from each other we will nullify the key differentiating characteristic credit unions possess.

Credit unions have proven that they can reduce operational expenses by collaborating.  I represent a CUSO with three credit unions that each save more than $2 million per year in operating expenses by consolidating some of their back office operations and having the scale to leverage better pricing from vendors.  In addition, the response time to solve issues has improved.

I represent credit unions and CUSOs that have made more than $1 million per year selling investments and insurance services through networking arrangements with broker/dealers.  These are valuable financial services for their members and this is not the type of non-interest income that Congressional action will take away on a political whim (e.g., interchange and overdraft fees).

There has been significant membership growth associated with the use of the national CUSO models such as CO-OP, PSCU and CU Direct.

Overcoming the Bias of Regulators that Discourages Collaboration

Credit unions are facing a net income crisis.  Rising operational costs, increased share insurance assessments, lack of consumer loan demand and anemic investment returns have put many credit unions in a state of slow motion liquidation.  It is all well and good that regulators are clamping down on operational and lending risk, but if credit unions do not have the means to earn sufficient net income, the safety and soundness of the credit union industry will remain at risk.

By sharing resources across multiple credit unions, credit unions can afford the development costs and the business risks associated with innovation.  Sure there are risks with a collaborative and interconnected industry, but what other choice do we have?  The choice is either a sure slow death of an industry or a chance to re-invent the business model with collaboration principles that resonate strongly with the culture of member-owned financial cooperatives.  It is better to learn how to safely operate a cooperative and interconnected system that has the potential of flourishing then stay on an outdated path that has no hope of success in the long run.

In the second part of this series, I will outline five steps the credit union community could take that would foster greater collaboration and benefit everyone as a result.

Look for Part 2: Action Items in the NACUSO Spring Newsletter 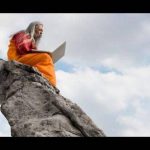 Guy A. Messick, The CUSO Guru, is an attorney with Messick & Lauer PC in Media, PA and General Counsel to NACUSO.  He can be reached at 610-891-9000 or guy.messick@gmail.com