Does it matter that a credit union is a cooperative? Do you think your members care that their financial institution is built on the 7 cooperative principles? Is it something worth talking about?
In Northern New Mexico the answer is “yes.” A credit union in Santa Fe found an interesting trend in their member surveys. When asked how likely they were to recommend their CU to a friend, family member or co-worker, 20% of the members that gave high marks said the number one reason why they would recommend was the structure. Specifically they cited being locally owned” you’re not a bank or my personal favorite, “because you are a financial cooperative.” That seemed significant in the minds of their marketers so they looked around to see just how many cooperatives were in North
ern New Mexico.  They contacted all of them, met at a coffee shop and after just one meeting Keep It Co-Op! New Mexico was born.

The oldest co-operative was the Little Forest Playschool in Los Alamos. When you enter the school you are greeted with a banner that says: 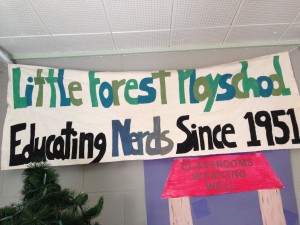 Los Alamos is the home of the Manhattan Project, and in 1951 the American Association of University Women formed a playgroup for children from one to five years of age. By 1959, all classes had teachers, assisted by mother helpers.

Fast forward to 2010 and the LA Co-Op market opened their doors after more than 4 years of surveying the community fundraising, and searching for a suitable site.

Thanks to three years of hard work and the investment of its membership Bathtub Row Brewing Co-Op is up and running this year as Los Alamos’ first craft brewery and the fourth cooperatively run brewery in the United States. It’s also the new site of the quarterly Keep It Co-Op! meetings where they partner to promote each other’s events and raise awareness in the community about buying local by supporting cooperatives.

Another way these credit unions support one another is through CO-OP ATMs, shared branching and CU Anytime ATM network. CUSOs are a great example of Keeping it Cooperative in the credit union space. Thanks for your support.